DaVinci Resolve is the industry standard colour grading software that has since grown into a fully fledged editor for video projects, and is rapidly becoming the very best video editor on the market as it gets better and better with each and every upgrade.

It is certainly the editor I use since moving from Apple based hardware and leaving Final Cut Pro behind.

DaVinci Resolve relies heavily on the GPU and in my experience provides much faster exporting of finished files by doing so. This is not to say that the CPU isn’t important, it is.

Which Processor to use with DaVinci Resolve?

The latest Core i9 processors are ideal for DaVinci Resolve, but there is little need for anything above and beyond the 14 core chips as the returns diminish somewhat there after. Again, in my experience the Core i9 9900K works perfectly well when partnered with a decent GPU.

If you use Fusion at all, the higher clock speed of the CPU works better than one with more cores, which is why the Core i9 9900K with it’s 5.0GHz clock speed outperforms the X-Series processors. Given the fact that this CPU is cheaper to buy than the X-Series CPUs allows more budget for the GPU.

Which Graphics Card to use for DaVinci Resolve?

DaVinci Resolve has been written to take full advantage of the graphics card in your system to provide better playback and rendering performance, so GPU selection has a huge impact on overall system performance when using DaVinci Resolve.

If you are using the free version of DaVinci Resolve your system can use one GPU only, the full DaVinci Resolve Studio package (paid version) however can take advantage of multi GPU systems utilising up to 8 GPU cards, although performance tapers off after 4 GPUs.

So which card to buy? Currently the NVIDIA RTX 2080 Ti is the best performing card you can buy for DaVinci Resolve, followed closely by the NVIDIA RTX 2080. Of course, your budget needs to be able to afford these cards, and if not, then performance will be lower by going to the lower priced NVIDIA cards, so it all depends on how much performance you are willing to pay for.

GeForce or Quadro? This is an often asked question, and one not answered easily. On the surface the GeForce cards appear to offer greater performance per dollar if you look at the number of CUDA cores etc, however, so why would you ever want to buy Quadro cards?

The answer is simply the fact that Quadro cards are less prone to failure, offer 10-bit video playback which is important to some workflows, and offer greater VRAM capacities which can be critical for very high resolution editing such as 8K.

As a rough guide, the amount of VRAM you need for your editing work is as follows:

Given that the GeForce 2080 Ti tops out at 11GB VRAM, you are pretty much forced to use a Quadro GPU if editing 8K video, and the starting point would be the NVIDIA Quadro P5000 with 16GB VRAM.

How much RAM does DaVinci Resolve require?

The amount of RAM you need is highly dependent on the types of projects you do, their resolution and complexity have a significant impact. If you use other programs while using DaVinci Resolve, then even more RAM will be required.

In my experience moving from 32GB to 64GB in my system, I noticed that DaVinci Resolve grabs 3/4 of the available RAM on launch, so with 64GB RAM installed it takes 48GB. You can in the preferences reduce that amount, but that is not recommended.

Recommendations for your system again comes down to the resolution of the work you are doing, so if you are working on projects up to 4K, then a minimum 32GB RAM is recommended. If you work with 6/8K projects then 64GB RAM is a good starting point, and obviously the more the better particularly if your projects are complex.

Which storage type is best for DaVinci Resolve?

It should go without saying, but the faster your storage the better the performance. Therefore, SSD storage is the only way to go for both your startup drive and your source files. The faster M.2 drives are preferred as they tend to offer greater read/write speeds.

It is good practice to use a second SSD for caching and once again a M.2 drive is the better choice, offering speeds up to five times faster than standard SSD drives.

Choosing the right SSD for your Media PC

Choosing the right SSD for your Media PC Choosing 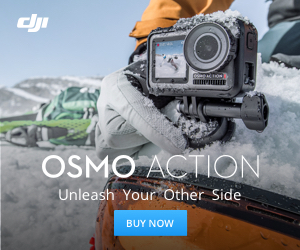 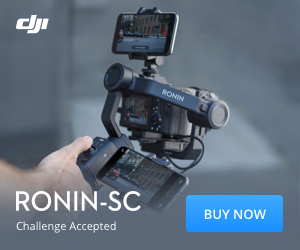